Now that´s for you, Iva! – in grateful acknowledgement of your research on intra-Istrian island to island ferry traffic in the off-season.

I truly wanted to see Piran and Rovinj but underestimated the difficulties of finding ferry connections taking me back to the eastern coastline of Croatia. With regards to ferries there is way more than just Jadrolinja but a whole bunch of smaller companies and the info on which boat goes when and whether or not a bike is admitted is impossible to find out by searching the internet. So, one objective of going to Rovinj was to figure how to get to Zadar, circumventing Rijeka, possibly cycling down Cres and Losinj…

From all I knew there was a connection from Pula to Mali Losinj and then Zadar but only once a week and on Friday – turned out to be Saturday the very day and I was not going to wait for a week.

Luckily there is the staff of the tourist info in down town Rovinj and in particular Iva and her student trainee Diana (?), who sorted it all out for me:

Option 1: take it slowly and try to be in Mali Losinj in a week and take the Ferry to Zadar. (But it is an entire week and I don´t have the patience)

Option 2: There is a Boat from Rijeka to Pag Island – but it is a speed boat that does not take cars and also does not take bikes, unless you persuade the captain, which may work or not. Nothing one would want to rely on.

Option 3: Island hopping. Crossing the Istrian peninsula from Rovinj and taking the ferry to the Island CRES from BRESTOVA to  POROZINA. On Cres I ride my bike to the other side of the island, to the village MERAG from where I will take the ferry to VALBISKA on the island KRK. Where I will wait for the connecting ferry to  LOPAR on the Island RAB. From there I can pedal to the south and get back to the Croatian mainland. Alternatively, I could also wait for another day and call the captain of some boat, so he takes me to Pag (And YES! Now I do even have the number of the captain’s cellphone!), Pag stretches down south all the way to Zadar. But there is also a connection to Pag from the mainland, if I want to continue cycling on islands.

No way, I would have ever found out about this – so let’s try island hopping in the off season and see how far I get. Thanks Iva, for spending an hour on sciencing the shit out of all the ferry lines and doing all the phone calls.

I had a beautiful day crossing Istria which brought me to Plomin and the fjord, which certainly is worth a travel for anyone who is into the aesthetics of big time industrial energy generation by coal combustion: Chimney big as skyscraper, leviathan supertankers, kilometers of conveyor bands – all there: enjoy!

A 15 kilometer bike ride brings you to Brestova, but do not underestimate the time for the steep climb. The ferry will take you for 2 times 15 kuna (one for you, one for your bike) to Porozina on Otok CRES and another endless climb up to 500 msl with beautiful views on Istria ends on a tempest tossed saddle. From here the road descends, expect little traffic and a great downhill ride. Again, give some extra time to the calculated 2h for only 30 km to MERAG ferry point, as there is a last ascend which will slow you down unexpectedly bus substantially – there is also a pedestrian trail that only appears to be a short cut – in fact the trail is impossible to bike unless you are on your way with a full suspension bike and a fearless motherfucker. Which I am not – and I missed the boat. Swearing! By 5 min! Max.! - But there is 3rd one  - leaving around 15:00 (check the details with Iva in Rovinj), which eventually took me to Valbiska on Otok KRK. Here, proceed directly to the Bistro Valbisca, choose from the cakes and pastries in the glass cabinet and hope for the boat to Lopar on Otok RAB. In my very own case the Bora impeded my progress and grounded me on Krk for the night. But the early ferry boat leaving at 7:45 took me through still rough water to Lopar. In fact this was a full blown storm and it was quite an experience. Bora isn´t just a bit of wind blowing down from the Velebet mountain range – it is a bloody storm the blows you from the boat if you do not watch out.

From there, Lopar on Otok RAB, a ride of 20k plus will take you to the ferry port of Misniak at the south end of RAB and transfer you to Stinica on the mainland – the ferryboat leaves more than 10 times a day. The tiny road then winds up to more than 350msl and Bora (in case there is) won´t make your life easier for the next 20km, but the scenery is fantastic and will compensate for the pain. From Prizna ferry point on the mainland you can take a last Ferry to bring you back onto Otok PAG – it is the the Prizna-Zigljen Ferry line which runs frequently over the short stretch from the mainland to Pag. Pag looks like the moon inhabited by sheep. Rocks, rock fences, more rocks, blue skies, blue sea and sheep. Compared to the previous islands Pag is comfortably flat. Bora, however, sucks, because there is little protection and what comes down from the ridge of Velebit blows right into your face. Headwind! Very annoying! I slept somewhere around Novalja and proceeded to Zadar on day 3 of my Island hopping tour. Owing to the ceaseless blowing of hateful Bora the remaining 75km to Zadar took ages. The island hopping tour in fact ends on a bridge – which connects Pag with the mainland. With crossing the bridge climate, fauna and vegetation suddenly change for more vegetation and less sheep (coincidence?). Roadkill encompassed many birds, flattened remains of undefined species and a single (surprise!) sheep on Pag but was enriched by a crushed turtle I went by, 10 k ahead of Zadar.

Taken together: 3 days will take you and your bike in the off season across the sea from Rovinj to Zadar jumping from island to island for little money and through rather lonely areas of Croatia. Thanks for Sherlock-Holmsing the details, Iva, it was a great experience and pretty successful. 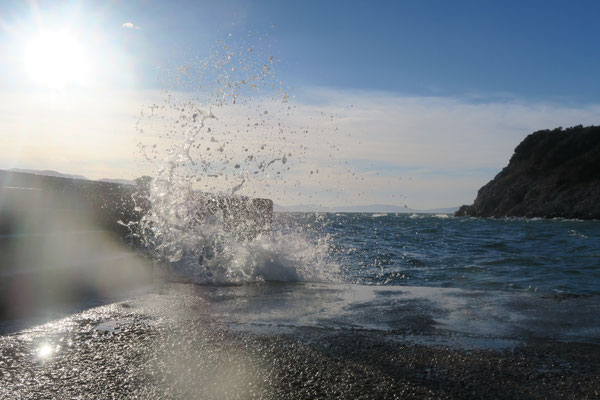 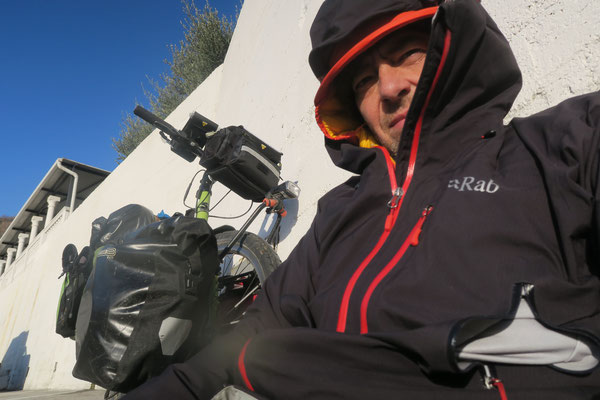 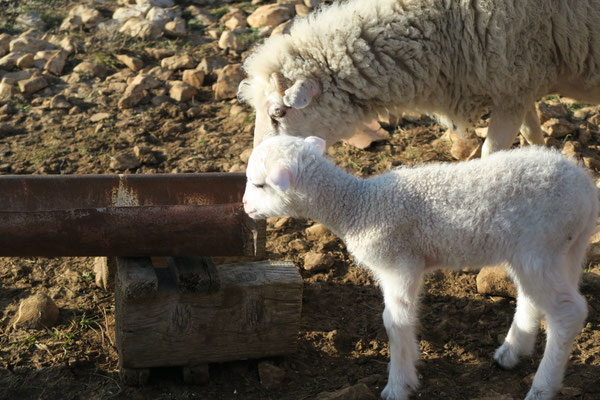 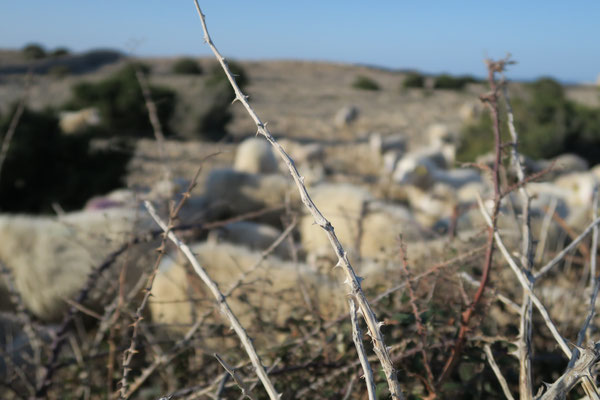 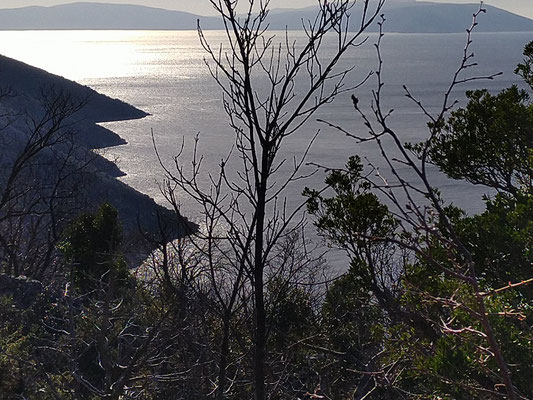 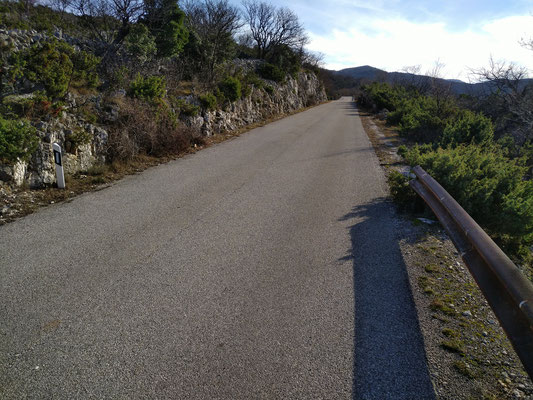 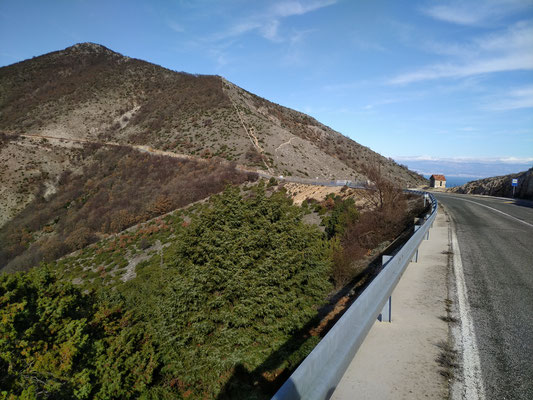 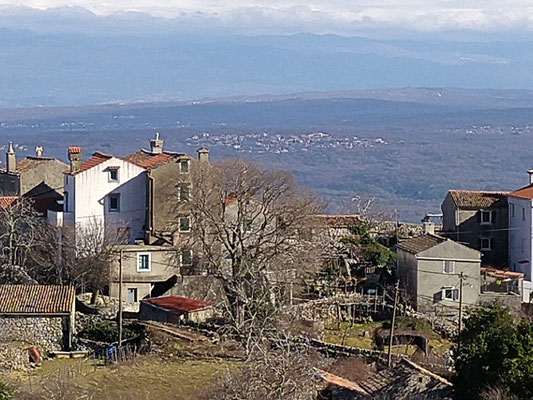 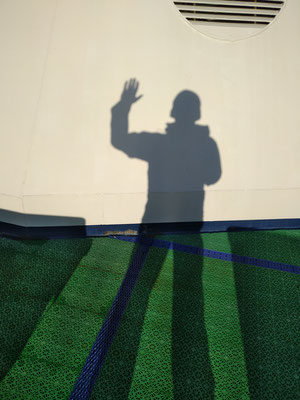 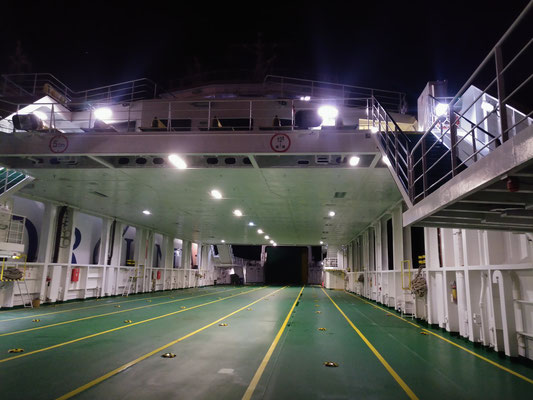 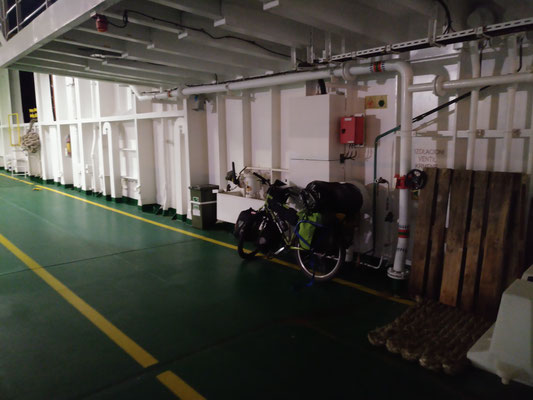 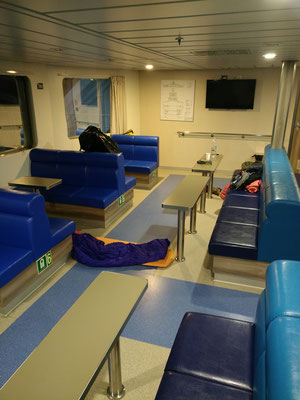 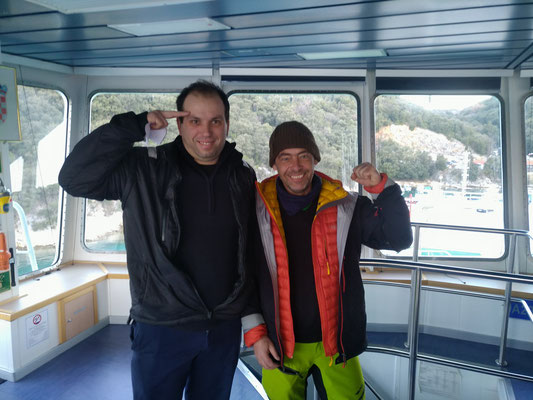 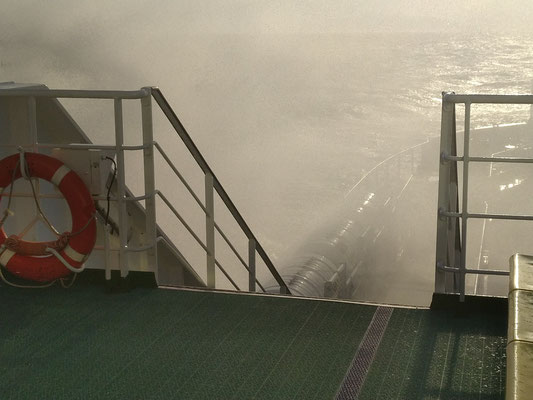 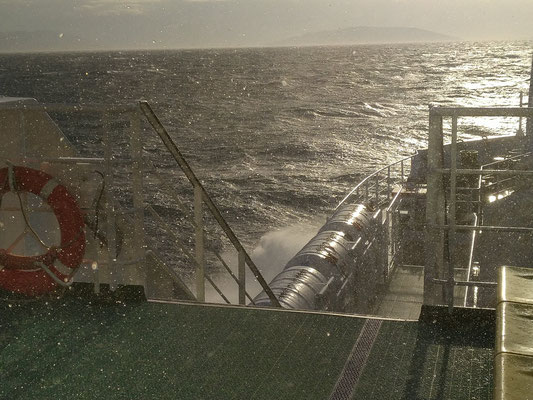 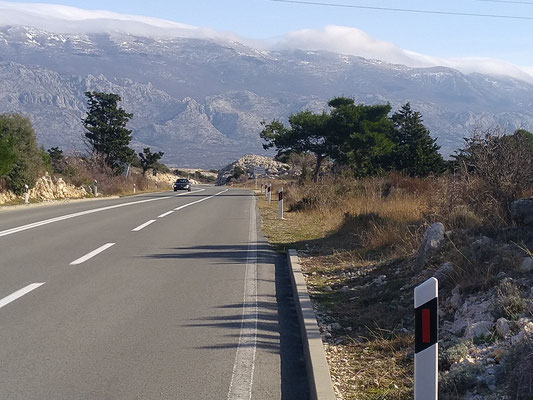 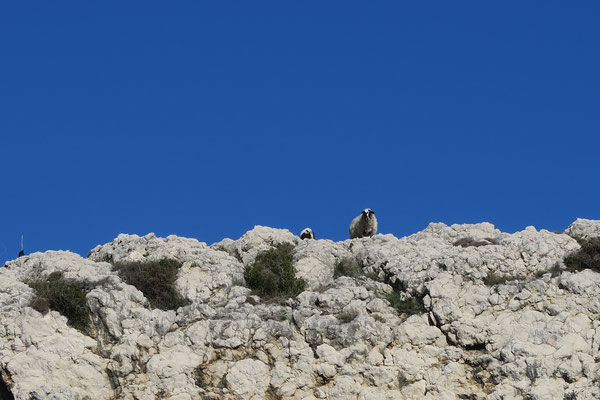 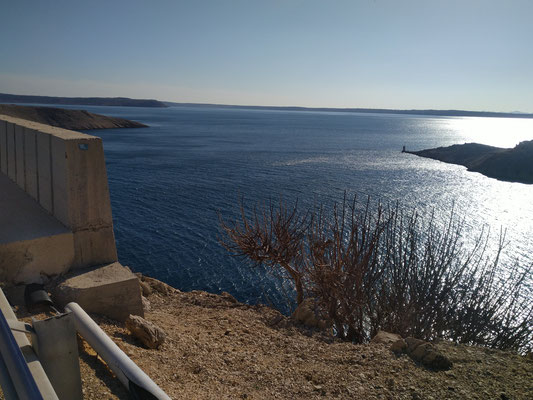 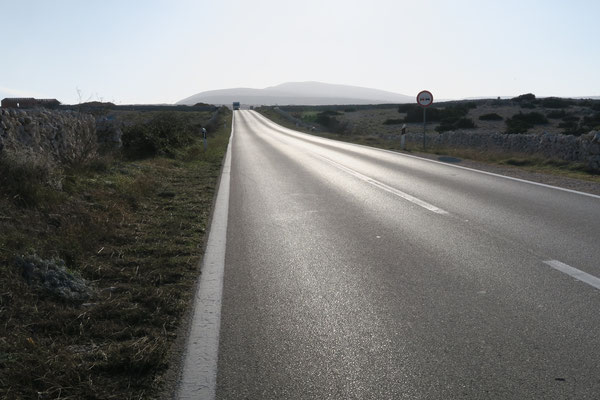 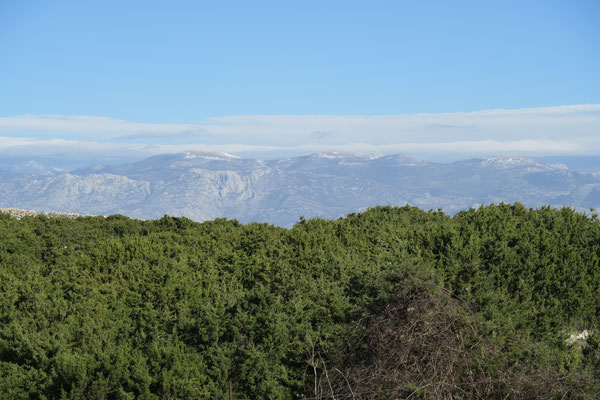 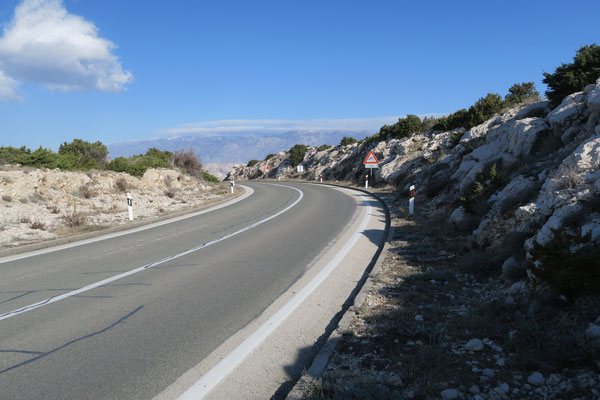 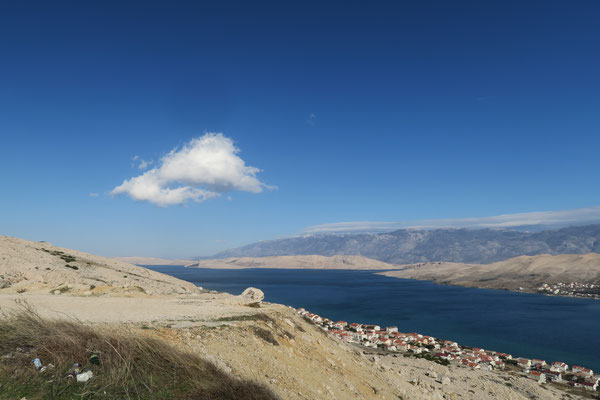 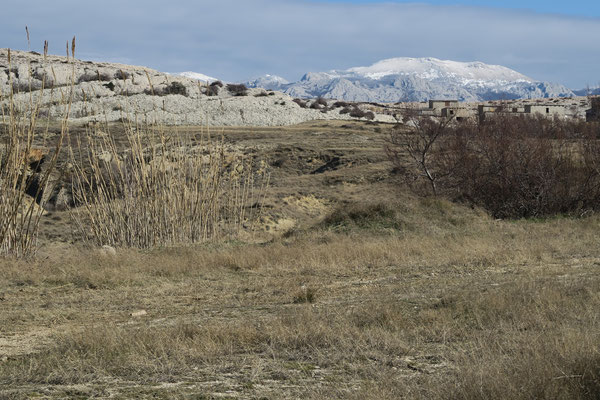 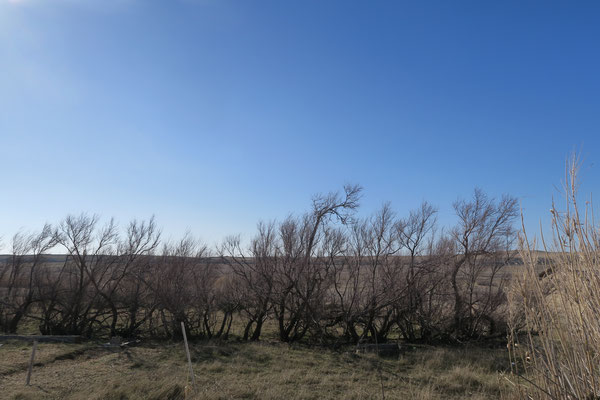 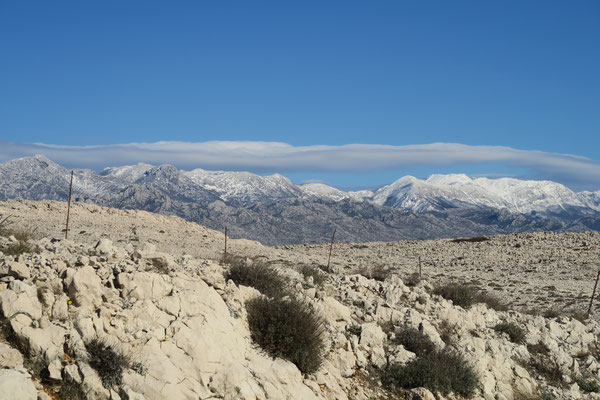 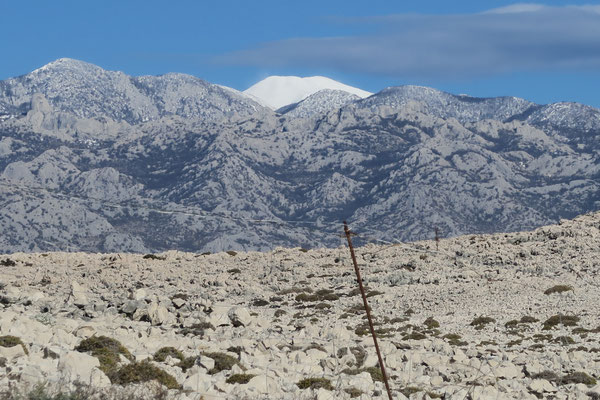 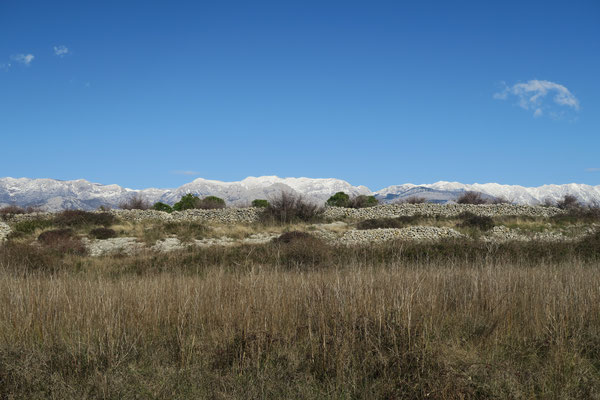 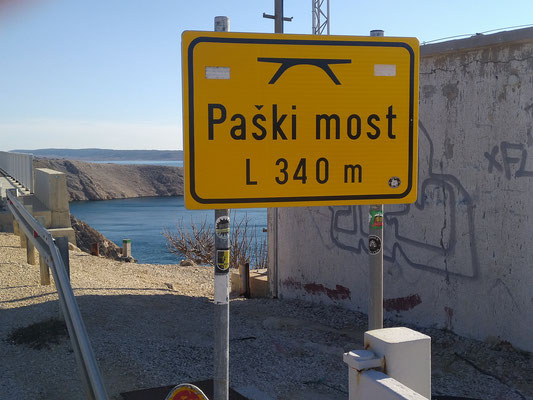 Early at the pier waiting for the ferry, sheep, roads and scenery on island CRES, a very stormy transfer to Rab Island and then sheep roads and scenery on RAB and PAG. PAG is seperated by a narrow cut in the rocky landscape and connected by a bridge. Another 20km gets you to Zada, the 1st of 4 dalmatian cities on the upcoming way down to Montenegro.